Here is a compilation of WASH related news, views and articles worth reading in September 2017.

Water stress and drought are as old as civilization, and while human beings have devised many ways to guard against these threats, economies have evolved in ways that make us more vulnerable.

Recent water-related tragedies in Syria, Africa’s Sahel region and elsewhere present the prospect of darker times ahead, but there are many things we can do right now to improve the chance for a soft landing and a brighter future. This won’t happen on a business-as-u …read more

Agents of change: Children in Lesotho bring improved sanitation from classrooms to communities

on UNICEF by Jasmine Pittenger

The road to Qholaqhoe High School, perched on an isolated mountaintop in northern Lesotho, is long and rocky. Here and there, a peach tree blossoms pink or white against the drought-parched yellow hills. Dotted between the aluminum-sided shacks and the round thatched-roof houses is the occasional backyard gravestone. 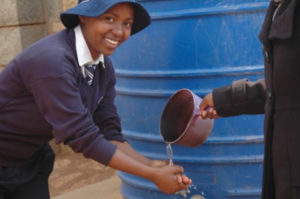 In Lesotho, a country with the world’s second-highest HIV rate for adults aged 15-49, the virus affects every part of life and is necessarily  …read more

Starting a marathon with a broken ankle: how poor water and sanitation sets children behind

On The Water Blog Maximilian Leo Hirn and Aude-Sophie Rodella

Have you ever wondered how your life chances are affected by where you were born? Odds of being born at all are already miraculously small, but only one in ten of us is born into the relative security of a high-income country. What if you are born in Niger or in the Democratic Republic of the Congo (DRC)? Before you could even walk or talk, your challenges would be daunting. That’s because, despite progress, deaths of children under five years old are more than twenty times higher than in the EU and nearly ten times higher than in …read more

Two years into SDGs: History teaches us that providing drinking water free from shit is achievable

A few months ago, when the Joint Monitoring Programme released their first report to measure progress on elements of goal 6, it brought about some mixed feelings amongst some NGOs. While some were glad to receive confirmation that the report places an equal focus on the quality of the water provided as well as its quantity, others were concerned that their hard work in providing basic water and sanitation was written off.

In Thailand’s conflict-affected deep south, communities and local authorities are working together to turn a contentious issue of access to water supply from a stumbling block into a stepping stone …read more

The much-awaited ‘back to school’ week is upon us – the school bags are packed, the lunchboxes are made, and the obligatory photos of children looking cute in their uniforms have been uploaded to social media.

While there is a lot for parents to think about, such as whether their child will make friends or like their new teacher, what they won’t be wondering here in the UK is whether they will get any water to drink at school or where they will go when they need the toilet. Sadly, this is a daily  …read more

£10 million budget to end period poverty in schools in England

Period poverty is an issue recognised in developing countries. This is when women and young adults are not able to afford the sanitary care materials needed during menstruation. The issue seems to affect some women and young girls in the UK. 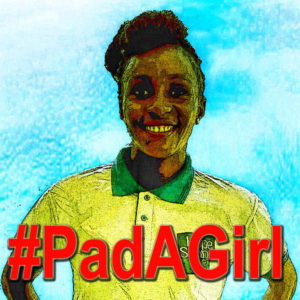 This problem was recently brought to light by Shadow education secretary Angela Rayner. It is estimated that about £10 million is needed to help this issue in England. Excerpt of a detailed article about this topic can be found below, with a link to the full article on BBC website.

Earlier this year, a charity, Freedom4Girls, reported that girls in the UK were missing school because they could not afford sanitary protection.

The Minister of Sanitation and Water Resources, Kofi Adda, has made a passionate appealed to all Ghanaians to join in the collective effort to redeem the international image of the country that has been tainted by poor sanitation.

Addressing a forum held on Tuesday, September 5, 2017, in Accra for members of the creative industry, the Minister expressed disgust at the fact that “Ghana is now the 7th dirtiest country in Africa,” and said “it is so shameful considering that Ghanaians are playing key roles in …read more

Launch of ‘The Last Taboo’: formative research shining a light on menstrual hygiene challenges in the Pacific

In collaboration with the Burnet Institute and the International Women’s Development Agency, WaterAid Australia has just been involved in a landmark study uncovering issues that prevent adolescent girls and women in the Pacific from managing their menstruation hygienically, effectively and with dignity.

Garba says one of the main catalysts of WOFAN’s sustained success was a project supported 10 years ago by the Water and Development Alliance (WADA), a joint initiative between USAID and Coca-Cola. That 18-month WADA project built capacity, provided trainings, and helped install water and …read more

How Public-Private Partnerships Can Wash Away Poor Sanitation

On Inter Action by David Taylor

Universal health coverage is part of the world’s movement toward improved quality of life. The Sustainable Development Goals embody that vision for a healthier planet, with SDG 3 looking to ensure healthy lives and promote well-being for all. There is also SDG 6, which looks to ensure availability and sustainable management of water and sanitation for all. These are connected. Children born into poverty are nearly twice as likely to die before their fifth birthday as children in wealthier families. Sanitation is key to a healthy environment, yet access to sanitation remains far from …read more