Partly to keep the readers of the Hope Spring Water blog informed, partly to keep up to date with what is happening in the world of WaSH, our versatile volunteer Evgeniy Gakaviy has just started a monthly blog post series called the “Water and Sanitation roundup”. In these posts, he shares excerpts from some of the leading WaSH news posts and articles he comes across in a given month.

Here is Evgeniy’s WaSH roundup, we hope you find it informative and/or useful. If you have WaSH-related articles, news or information you would like him to include in a future WaSH roundup, please use our contact page to get in touch with Evgeniy.

“Water Wednesday: Water, sanitation and hygiene awareness” on Kempton Express. The Department of Water and Sanitation (DWS) in the KwaZulu-Natal (KZN) will be talking to the local communities about the importance of Sanitation.

The main idea of this event is to educate people. It will be on 15-19 May. Access to clean water and adequate sanitation increased worldwide thanks to the global efforts and technologies.

The Caught Short report reveals that: 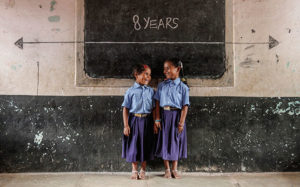 Sisters Manjula, 9, and Gouramma, 13, stand in front of a blackboard at their school in Karnataka State, India, showing how their height compares to the average for their age. Gouramma also suffers from hypothyroidism, which doctors say may in part explain her height. PHOTO: Ronny San / WaterAid

“Water, sanitation and hygiene: the basics of infection control in Sierra Leone” by Harriet Mason on Relief Web. Lack of clean water in Sierra Leone is a big problem.

“We had a well but fetching water from it was very strenuous, especially when the water level was down,” said Elizabeth. “During some previous dry seasons we could not use the well because it dried up. We [staff and patients] had to find other wells and streams outside the facility to get water. When pregnant women came to deliver, they or their relatives had to go and fetch water to wash the equipment, clean the delivery room and launder their clothes,” said Elizabeth.

“600 million children ‘face death, disease and malnutrition by 2040 as water supplies evaporate” by Ian Johnston on Independent. The rising population and problem with access to safe water means that by 2050 every person on the planet is expected to halve.

“Children without access to safe water are more likely to die in infancy – and throughout childhood – from diseases caused by water-borne bacteria, to which their small bodies are more vulnerable.”

“WHO urges countries to invest more in water, sanitation“ by Doyin Adeoye on tribuneonlineng. Countries are not increased spending as fast as needed to meet the targeted sustainable development goal number 6.

“Today, almost two billion people use a source of drinking-water contaminated with faeces, putting them at risk of contracting cholera, dysentery, typhoid and polio,” Dr Maria Neira, WHO Director, Department of Public Health, Environmental and Social Determinants of Health, said.

According to Neira, “Contaminated drinking-water is estimated to cause more than 500,000 diarrhoeal deaths each year and is a major factor in several neglected tropical diseases, including intestinal worms, schistosomiasis, and trachoma.” 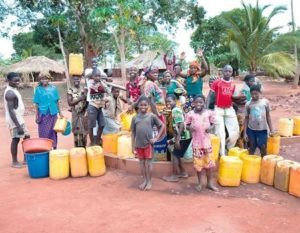 “USAID Tasks Nigerian Govt On Water Sanitation, Hygiene” on channels tv. According to the statistics, around 57 million people in Nigeria do not have access to safe water. The United States Agency has committed the sum of $2.5 million of the improvement of water and sanitation in Kaduna and Bauchi states.

Except this, USAID will be talking about the importance of having adequate sanitation and access to safe water, especially for females.

“WASH data dashboards from WHO” on WHO.

Here are the links:

“$114bn needed globally for water sanitation, hygiene services” on Daily Mail Zambia. WaterAid director says that about $114 billion needs to be invested in water, sanitation and hygiene sector so everyone worldwide have access to safe water and improved sanitation.

And according to World Bank research, in the recent years spending were decreased from $10.4 billion to $8.2 billion.

“What is menstrual hygiene day and why? “ by Temple Oraeki on Hope Spring blog. On the 28th of May is Menstrual Hygiene Day. And the main subject of this year campaign is “Education about menstruation changes everything”.

In many developing countries girls do not have enough of education regarding this and do not spend enough of time on menstruation hygiene. A research says that more than 50% of girls in some African countries have missed school because of menstruation.

“SDG 6 indicators and the tiering system” on UN Water. The IAEG-SDG has categorized all sustainable development goals into 3 different tiers.

Here are the indicators: 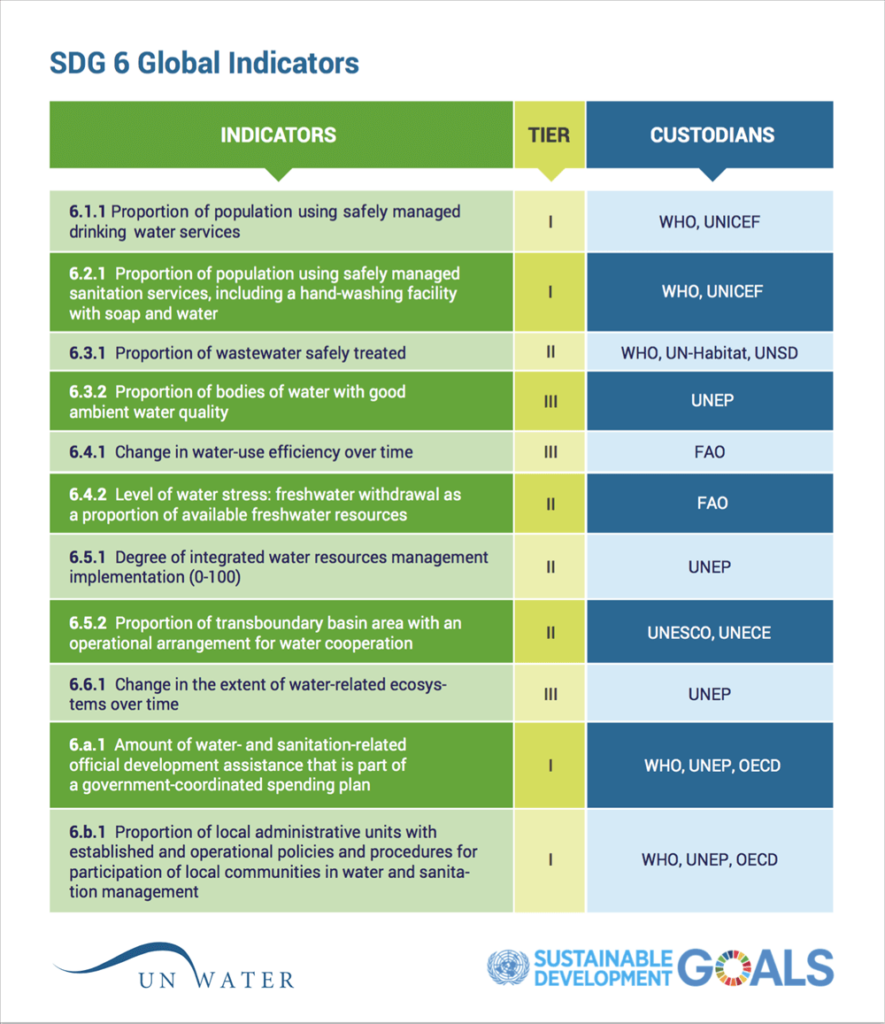