Here is a compilation of WASH related news, views and articles worth reading in June 2018. 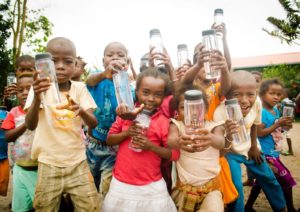 SEED Madagascar’s WASH team focus their rural efforts at two ends of the spectrum: introducing a new approach to a country steeped in strict traditional and cultural norms through the promotion of rainwater harvesting (RWH); and improving on established routes to clean water through community management and repair of wells.

Madagascar is the fourth largest island in the world with a population of over 24 million. According to the World Bank, whilst the country is rich in biodiversity and minerals, 77.8% of the population (18.6 million) live on less than $1.90 USD. In terms of WASH, the country ranks fifth lowest in the world for access to an improved water supply among rural communities with over 10 million people lacking access.

The situation in the rural southeast is exacerbated by terrible transport links, …read more

Over 740 primary pupils of LEA Primary School in Nyanya-Gwandara, Nasarawa State, share only two toilets, Mr Akwe Omadefu, the Headmaster of the school, has said.

Omadefu made the revelation on Friday, June 8, 2018 in Nyanya-Gwandara when a team of officials of the Network of Water and Sanitation (NEWSAN) visited the school as part of their activities to commemorate the 2018 Menstrual Hygiene Management Day.

He said that the dearth of toilets and a perimeter fence around the school had negatively affected school attendance and pupils’ enrollment.

“You can see the surroundings; the school is not fenced and we have been trying all we can to make the state government to come to our aid and fence the school.

“When this done, …read more

By Temitope on Hope Spring Water 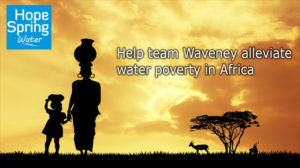 Four women from Stuston in Suffolk, and their children are embarking on water carrying challenge, from Monday the 30th of July to Friday the 3rd of August 2018. Their unique challenge, is to walk the same distance women and children in African walk daily, to collect water. The team, called Team Waveney will attempt to carry quantity of water, equivalent to what people in Africa carry on their water fetching duty.

Team Waveney walk for water project was the brainchild of Tara Darrall, who discussed the idea with her friends Katie, Sophie …read more

On Water & Sanitation for the Urban Poor

By 2050, two-thirds of the world’s population will live in urban areas: with much of the urban growth expected to take place in developing regions, particularly Africa.

As a result, managing urbanisation has become one of the most important development challenges of the 21st century. People are moving to cities in search of economic opportunities – but without access to safe water and sanitation, it is hard to see …read more

by Tetra Tech on wh2ojournal.com 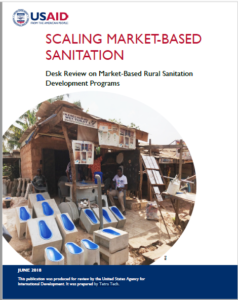 Inadequate access to sanitation remains a significant problem globally and is linked to the transmission of numerous communicable diseases with a disproportionately large effect on children. The scale of investment required to deliver sanitation goods and services to those who lack access is beyond the capacity of public finance alone. The private sector has already proven itself a key player in the financing, construction, and operation of municipal water supply and wastewater systems in both developed and developing world settings, and has a significant role to play in the provision of onsite sanitation.

Improved water is not enough

By  Maxmilian Leo Hirn on The Water Blog

In Kinshasa, the capital and largest city of the Democratic Republic of the Congo (DRC), the vast majority of the population has access to “improved” water. This means sources such as piped networks, covered wells, boreholes, or protected springs, which are constructed to protect water from outside contamination, are widely available. Yet it is increasingly clear that “improved” water is not enough; when the 2017 DRC WASH Poverty Diagnostic tested water quality in over 1,600 households in Kinshasa, water samples from nearly 40% of improved sources were still contaminated with fecal E. Coli Bacteria at point of use. 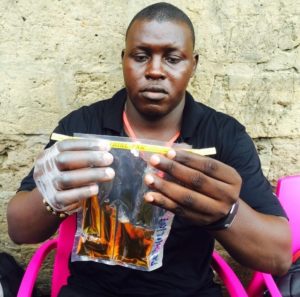 The results for Kinshasa were among the best in the DRC. In the small Congolese town of Tchonka, for example, over 99% of samples were contaminated, even though the community has near universal access to an “improved” rural piped system. Perversely, improved infrastructure can become an efficient distributor of disease if not managed properly. Across developing countries, we find similar results: In …read more

I have never used a toilet in my life

By Temitope on Hope Spring Water

Poor sanitary condition like the one in the picture below is common in many parts of Nigeria. 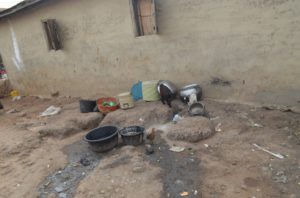 Serious sanitation challenges is all around you, where ever you look.

We spoke to an adult who has just finished defecating openly. He explained that this is the only way available to him, when he need to answer the call of nature.

Some new houses are still being constructed without any toilet facility.

Two boys we spoke to said that lack of toilet facilities at home, means all members of their family walk up to one kilometre to find an open space to defecate.

We spoke to a young boy, who said he knows what a toilet is, but has never used one in his life. Since he was born, his toilet has always been the rubbish mound near his house. …read more

The Impact of Migration on Water Scarcity in Central Asia

By Soumya Balasubramanya and Ted Horbulyk on The diplomat

Last year, money sent to low- and middle-income countries by migrant workers rebounded to a record level. After two consecutive years of decline, $466 billion in remittances were recorded by the World Bank.

In Central Asia, where 10 million people are estimated to be on the move, the phenomenon of out-migration for work is felt most prominently in rural areas. Following the collapse of the Soviet Union, civil wars, and the subsequent decline in job opportunities, men are moving on from the farms they traditionally managed. Increasingly, women are being put in charge.

In Kazakhstan, for example, women’s employment in agriculture doubled between 1998 and 2003. In Uzbekistan, women outnumbered men …read more

Water Stress Is a Threat We Can’t Ignore

We measure water stress with satellites, model it with algorithms, see it in empty riverbeds and experience it with dry taps.

But how do we define water stress? Where does it come from? How will climate change disrupt the supply and demand for water? What is the relationship of water to food and energy?

These questions and more are explored by Charles Iceland, director of Global and National Water Initiatives, in a new podcast. With Aqueduct, he monitors water stress around the world, identifying shrinking reservoirs to watch and dangerous areas for river floods.

Iceland is particularly interested in the intersection of water stress and human security. …read more

Drinking water in India is increasingly facing challenges in terms of quality as well as quantity as elucidated in a number of previous stories. This is true in case of both surface- and groundwater and affects rural as well as urban areas. According to the Central Groundwater Board (CGWB), over 28% of development blocks (local administrative units) are in an ‘Over-exploited’, ‘Critical’ or ‘Semi-Critical’ state because groundwater development (i.e., the ratio of annual groundwater draft to net annual groundwater availability) is more than 100%, 90-100% or 70-90% respectively. Also, CGWB assessments show serious groundwater quality degradation due to fluoride, arsenic, iron, salinity, lead, cadmium, chromium, nitrate, persistent organic pollutants (POPs) and other contaminants. According to the Central Pollution Control Board (CPCB), surface water quality is also getting increasingly degraded with 275 rivers reporting highly polluted stretches. With about 90% of drinking …read more 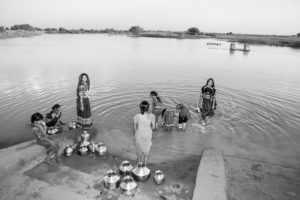 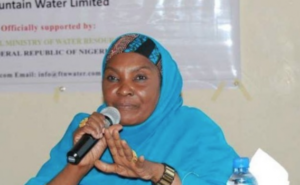 Salamatu Garba, a Nigerian water expert and women’s rights advocate, is one of the many newsmakers to be featured in a Global Waters Radio podcast since the series’ launch on World Water Day 2016. Photo credit: Salamatu Garba

Global Waters Radio is a podcast series that takes listeners around the world to hear how USAID-supported water and sanitation improvements are creating healthier communities and laying the foundation for sustainable economic development.

The government of Ethiopia, along with several partners, organized the 9th National WASH and Water Resource Management Multi-Stakeholder Forum (MSF) which is taking place from 12-13 June in Addis Ababa, Ethiopia. The MSF brought together Ministers responsible for Water, Sanitation and Hygiene, External Support Agencies, Civil Society Organizations, and the Private Sector among others.

The theme of this 9th edition is Resourcing and Increasing Commitments for WASH and WRM. The objective of this forum is to track progress in the WASH sector, create commitment for priority actions and engage all stakeholders in the country in order to make sure water resources are managed sustainably …read more

A handpump is to a safe water system what a propeller is to an airline: essential but not enough

By Patrick Moriarty On IRCwash 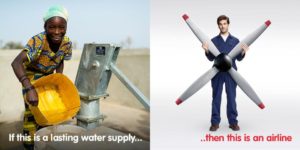 With Propeller we continue our campaign series to raise awareness about the importance of systems building and thinking in water, sanitation and hygiene (WASH).

In February 2017, I gave a TEDx talk where I sought to raise awareness of and demystify the systems that surround us and deliver the services we all take for granted: health, transport, education and especially water, sanitation and hygiene (WASH). The heart of the argument? That delivering great services requires strong systems. Systems made up of infrastructure, but also of people, institutions, resources and information. We have launched the Propeller campaign to achieve the same aim even more succinctly: to raise awareness about the vital importance of systems. We’re doing this through a series of provocative postcards aimed at different decision makers and influencers.

The objective of the campaign is to challenge what I call ‘systems blindness’: our ability to accept and rely on services, without giving much thought to the systems that provide them. Our postcard juxtaposes a typical, some might say clichéd, WASH image with an absurdity: a man holding a propeller …read more