Here is a compilation of WASH related news, views and articles worth reading in January 2018.

Power Plants Use Water, But We Have No Idea How Much

By  Leah Schleifer and Tianyi Luo on World Resources Institute 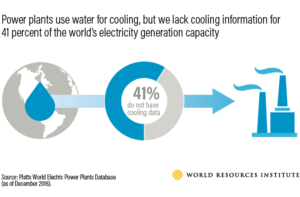 The world’s power plants are thirsty. We just don’t know how much they’re drinking.

Despite the fact that the power sector is the largest industrial water user, most countries don’t mandate that power plants disclose their water use. Power plants use water for cooling primarily, yet the World Electric Power Plants Database (one of the most commonly used repositories of global power plant information) has cooling data for only 59 percent of the world’s electricity generation capacity. It’s a dangerous information gap for everyone from investors to consumers. …read more

The announcement comes as tensions with Ethiopia over the African country’s building of a massive dam remain unresolved.

According to Egyptian state-run dailies, el-Sissi was widely quoted on Tuesday as saying “the state won’t permit a water crisis.”

Al-Ahram quoted el-Sissi as describing the plant, being built near Ain Sokhna on the Red Sea as the “largest project in history” of water distillation and …read more

By Rebecca Smithers  on The Guardian International Edition 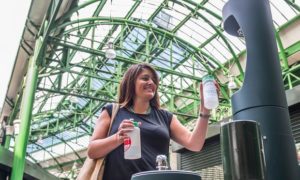 A drinking fountain recently introduced in London’s Borough Market as part of its plan to become plastic-free. Photograph: Lucy Young/PR

Free refill points and fountains will be set up in shops, cafes and high streets in every English town and city

Consumers will be encouraged to refill their water bottles free of charge in tens of thousands of shops, cafes, businesses and water fountains in England under plans announced by the water industry.

The national scheme aims to fight the growing scourge of waste created by single-use plastic by preventing the use of tens of millions of plastic bottles every year, as well as increasing the availability of quality drinking water. …read more

A non-governmental organisation (NGO), the Youth Water, Sanitation and Hygiene (YouthWASH), has called on the Federal Ministry of Education to carry out a national survey to determine the level of access to potable water.

The Group’s Coordinator, Mr Nature Obiakor, told the News Agency of Nigeria (NAN) in Abuja on Wednesday, January 17, 2018 that this was necessary to promote how interventions from all stakeholders would be addressed.

He said it was saddening to note that a large number of schools lacked access to water and proper toilet facilities, saying this was one of the factors promoting school absenteeism and disease prevalence. …read more

The term “pollution” comes from the Latin verb “polluere”, which means to dishonour or defile. Since ancient times, human beings have been polluting and defiling both nature and humanity, and lately we have begun calling this pollution “externalities”.

Today, more than one third of fish and seafood contains plastic, while 80 per cent of the world’s tap water contains microscopic particles of plastic.

We have become the masters of this planet by cutting off the Earth’s natural cycles. To continue to survive on this planet, we will have to learn to integrate them into our economic system. A circular economy mimics the natural processes from which we have alienated ourselves. …read more 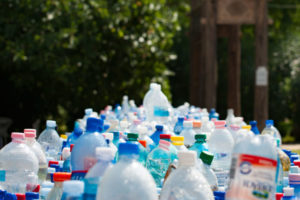 By Heloise Chicou on Sanitation and Water for All

This is particularly true today when countries such as Zambia are experiencing cholera outbreaks or when Kenyan organizations are fighting together to influence the water bill.

East Africa regroups strong Water and Sanitation Civil Society Organisations from Kenya (KEWASNET), Tanzania (TEWASNET), Malawi (WESNET), Zambia (Zambia WASH Forum) and others. These organisations play an important role in engaging with their governments, local authorities and community based organisations to make sure that the human rights to water and sanitation are implemented and that people are aware and engage in water and sanitation policies …read more 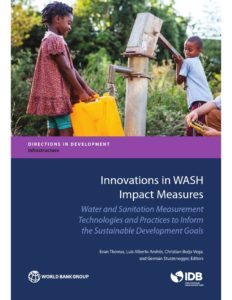 The new 2030 Agenda for Sustainable Development includes water, sanitation, and hygiene (WASH) at its core. A dedicated Sustainable Development Goal (SDG 6) declares a commitment to “ensure availability and sustainable management of water and sanitation for all.” Monitoring progress toward this goal will be challenging: direct measures of water and sanitation service quality and use are either expensive or elusive. However, reliance on household surveys poses limitations and likely overstated progress during the Millennium Development Goal period. In Innovations in WASH Impact Measures: Water and Sanitation Measurement Technologies and Practices to Inform the Sustainable Development Goals, we review the landscape of proven and emerging technologies, methods, and approaches that can support and improve on the WASH indicators proposed for SDG target 6.1, “by 2030, achieve universal and equitable access to safe and affordable drinking water for all,” and target 6.2, “by 2030, achieve access to adequate and equitable sanitation and hygiene for all and end open defecation, paying special attention to the needs of women and girls and those in vulnerable situations. …read more

As part of the commitment to empowering young people through Water, Sanitation and Hygiene (WASH) education, Hope Spring Water Charity Foundation initiated the Pad-A-Girl project in Nigeria to raise menstrual hygiene champions, and provide a platform for

As the first signs of menstruation are felt, they serve as constant reminders of the oncoming abuse and stigmatisation that most girls in Nigeria are about to face. What should be a proud moment in their lives, turns out to be their most dreadful.

According to UNESCO, 1 out of 10 girls in Africa miss school during their menstrual period and eventually drop out.

In Nigeria, sanitary pads costs an average of $1.30 per pack, while most families live below the poverty threshold of $1.20 per day. The high cost of sanitary pads in Nigeria have made them inaccessible for poor girls. In some situations, girls face sexual abuse in their quest for money to buy sanitary pads. …read more

In November 2017, the African Ministers’ Council on Water (AMCOW) took a concrete step toward its role in realizing available and sustainable water and sanitation for all. At the 15th Anniversary Celebration and Executive Committee meetings of AMCOW, ministers from African countries, development partners, and sector stakeholders gathered to review and pass the 2018–2030 Strategic Plan for  …read more

Green Revolution in India and its Impact on Water Resources

About 60% of the foodgrain production in India comes from irrigated areas which in 2013-14 constituted 68.2 million hectares (mha), roughly one-third of the total cultivated area. In all, irrigation consumes as much as 84% of country’s total available water resources, including both surface- and groundwater. Surface water-based irrigation has been largely facilitated through canal irrigation networks originating from dams, barrages and major and medium irrigation projects which have been progressively constructed over the Green Revolution decades. However, in recent times, there has been substantial decline in the area under canal irrigation as these networks have turned inefficient in fulfilling the irrigation needs of the farmers. According to one estimate, between 1996–97 and 2002–03 the area under canal irrigation actually declined by 2.4 mha (13.8%). An important cause behind the decline has been inadequate water …read more 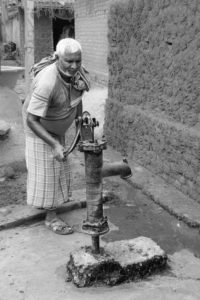 A dried up handpump due to overexploitation of groundwater for irrigation in Patna district, Bihar

In order to respect its political commitment, the Costa Rican government – through the Ministry of National Planning and Economic Policy – initiated a process of harmonisation of the development plan with the SDGs objectives. Through this, a CSO platform for SDG compliance was created, which is a space for dialogue and advising the Government on the implementation of the SDGs. This platform is represented in the High Level Council of the SDGs, which is convened by the Presidency of the Republic at least three times a year. …read more