Here is a compilation of WASH related news, views and articles worth reading in April 2018.

Many people point to renewable energy as the greatest threat facing fossil fuel power plants. New WRI research finds that the real threat may be water.

When we overlaid areas of current water scarcity with existing power plant infrastructure, we found that 47 percent of the world’s thermal power plant capacity—mostly coal, natural gas and nuclear—and 11 percent of hydroelectric capacity are located in highly water-stressed areas. That’s a problem because both thermal and hydroelectric power are highly dependent on water to …read more 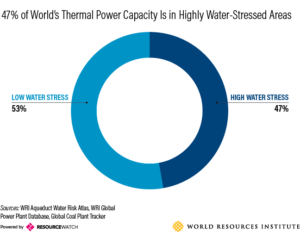 By Jonathan Watts on The Guardian

Cape Town recently grabbed global headlines by launching a countdown to the day when taps would be cut off to millions of residents as a result of a three-year drought. Drastic conservation measures have forestalled that moment in South Africa, but dozens of other countries face similar risks from rising demand, mismanagement and climate change, say the World Resources Institute (WRI).

The US-based environmental organisation is working with Deltares, the Dutch government and other partners to build a water and security early warning system that aims to anticipate social instability, economic damage and cross-border migration. A prototype is due to be rolled out later this …read more

Wastewater treatment: A critical component of a circular economy

By Diego Juan Rodriguez on The Water Blog

The 8th World Water Forum was held in Brazil a few days ago. What’s ironic is that the more than nine thousand of us attending this Forum were discussing water-related issues in a city of three million grappling with a severe water shortage. After checking in at my hotel, the first thing I found in my room was a notice from the Government informing guests of this crisis and recommending ways to reduce water use. We recently learned of the predicament in Cape Town, South Africa, which was on the verge of running out of this essential liquid – a plight facing many cities around the world.

The way in which we have been managing this resource and its services is clearly not a long-term solution. Traditional investment planning, design, and operating models are linear in nature: water is extracted from the source, treated, and used, and the wastewater is then treated and discharged in a receiving water body. We need to transition from the linear model to a circular one …read more 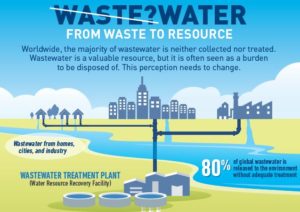 Water experts agree that “21st century water challenges” especially that of meeting the increasing global demand for water due to population growth, can be addressed through nature based solutions (NBS). These solutions include the proper management and protection of freshwater ecosystems such as wetlands, floodplains and forests around the heads of rivers. The solutions are inspired and supported by nature, and use natural processes to contribute to improved management of water.

Once they are healthy, these ecosystems can effectively perform their natural functions of re-charging surface and underground water reserves that contribute to the sustainable availability of water. They further play important roles in regulating water quality by reducing sediment loadings, capturing and retaining pollutants, and recycling nutrients.

However, some experts argue that the full and …read more

End Water Poverty speaks to Pump Aid about its award-winning self-supply initiative. By harnessing the power of entrepreneurs, Pump Aid is addressing the issues of sustainability in the WASH sector, giving people choices, which improve income and health.

Whilst many initiatives led by governments and NGOs have done a great deal to improve the rural water supply in Africa, DFID Malawi estimates that up to 40% of all water points are non-functional at any one time.  They end up abandoned when they break down, even though a simple fix could put the pump back into operation, this puts over 7 million Malawians at risk to waterborne diseases.

To end water poverty in Malawi, households need reliable and convenient access to water: access to improved water is defined as up to 500m away but the further away the source of water, the less it will be used for hygiene purposes, which increases contamination. To improve food security, small-scale farmers need water for irrigation through low-cost pumps: over 80% of the population is …read more 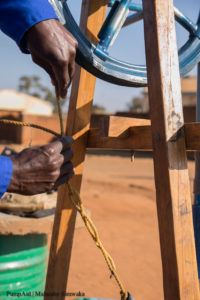 From a Trickle to a Stream: Unleashing the Power of Women’s Voices for Tanzania’s Water Sector

For Tanzanian women, water has the tremendous potential to transform lives. Women in Tanzania have a keen interest in water’s thoughtful management for their homes and farms, and they bear the burden of water retrieval. However, they are not yet fully included in community decision-making processes nor in water and sanitation business opportunities. They confront traditional gender roles for community participation and decision-making, such as “even if what a woman speaks is good, it has to be said by a man and not a woman,” as one village elder recently said.  While Tanzania is clearly committed at multiple levels to respond to the reality of women’s and girls’ disproportionate stake in effective water management, promising models to increase their voice and participation are still finding their footing.

In the meantime, Tanzanian women are already showing leadership on water management. In fact, women played a critical role in encouraging their communities to participate in USAID’s  Water Resources Integration Development Initiative (WARIDI), as reported in the baseline …read more 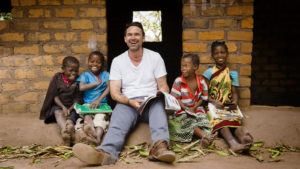 When WaterAid ambassador and actor Dougray Scott visited Mozambique, he saw how clean water, decent toilets and good hygiene can be the start of a very different future.

We live in a very privileged world just by the geography of where we happen to be born, and I feel particularly blessed with the opportunities my career has brought me. When WaterAid asked me to see the impact of their work in support of The Water Effect campaign, I wanted to do all that I could do to help.

Our first stop was the small village of Musasse which had a primary school, but very little services available – the nearest hospital was ten kilometres away. Most of the families have no form of transport, and have to walk on foot when medical treatment is required.

The long walk to water: ‘there …read more

Impact of infection prevention and control training on health facilities during the Ebola virus disease outbreak in Guinea.

BACKGROUND: In 2014-2016, West Africa faced the most deadly Ebola Virus Disease (EVD) outbreak in history. A key strategy to overcome this outbreak was continual staff training in Infection Prevention and Control (IPC), with a focus on Ebola. This research aimed to evaluate the impact of IPC training and the quality of IPC performance in health care facilities of one municipality of Conakry, Guinea.

METHODS: This study was conducted in February 2016. All health facilities within Ratoma municipality, Conakry, Guinea, were evaluated based on IPC performance standards developed by the Guinean Ministry of Health. The IPC performance of healthcare facilities was categorised into high or low IPC scores based on the median IPC score of the sample. The Mantel-Haenzsel method and logistic regression were used for statistical analysis.

The announcement comes as tensions with Ethiopia over the African country’s building of a massive dam remain unresolved.

According to Egyptian state-run dailies, el-Sissi was widely quoted on Tuesday as saying “the state won’t permit a water crisis.”

Al-Ahram quoted el-Sissi as describing the plant, being built near Ain Sokhna on the Red Sea as the “largest project in history” of water distillation and sewage treatment. 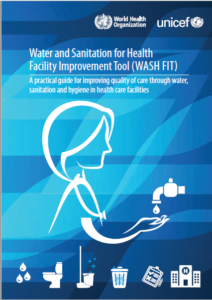 WASH FIT is an adaptation of the water safety plan (WSP) approach, which is recommended in the WHO Guidelines for Drinking-water Quality as the most effective way of ensuring continuous provision of safe drinking-water. WASH FIT extends beyond water quality to address sanitation, hygiene, health care waste and other aspects of environmental health and health care facility management and staff empowerment. As such, it also draws upon WHO’s Sanitation Safety Planning as well as WHO recommendations for infection prevention and control. The guide contains a number of ready to use tools to help implement WASH FIT and step-by-step instructions for each stage.

This updated version also includes additional information and examples of how WASH FIT has been implemented to achieve specific health aims, such as improving quality care and strengthening health systems resilience…Download