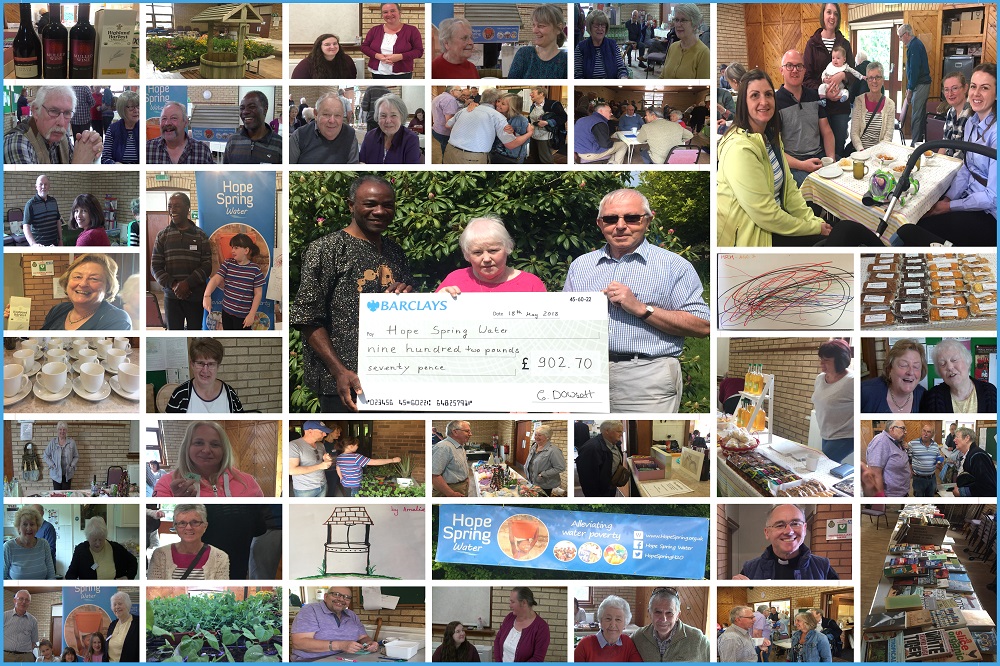 The community fundraising coffee morning, organised by Peter and Chris Dowsett of Little Birch, met and exceeded the target amount it was expected to raise for Hope Spring Water charity. The coffee morning took place on the 12th of May, at Much Birch community hall. Though it lasted for just three hours, it saw a good turnout of supporters from the local community, and from as far afield as Ross-on-Wye and Oxfordshire, as soon as the door opened at 10am.
Peter and Chris are well known for their fundraising activities, in their local community and through Herefordshire. For more than ten years, they have organised fundraising coffee mornings every year. Previous good causes that have benefited from their fundraising expertise and generosity included MacMillan cancer care and the RDA (riding for the disabled).
For the event, one section of Much Birch community hall was transformed into a cafe, serving free tea and coffee, and for a donation of a £1 or more, you could have a slice of cake with your tea or coffee. The other section of the hall was turned into assorted stalls, selling cakes, potted plants, books, bric-a-brac and a tombola stall. A table selling raffle tickets was strategically placed at the entrance to the hall.

Much more than a fundraising coffee morning 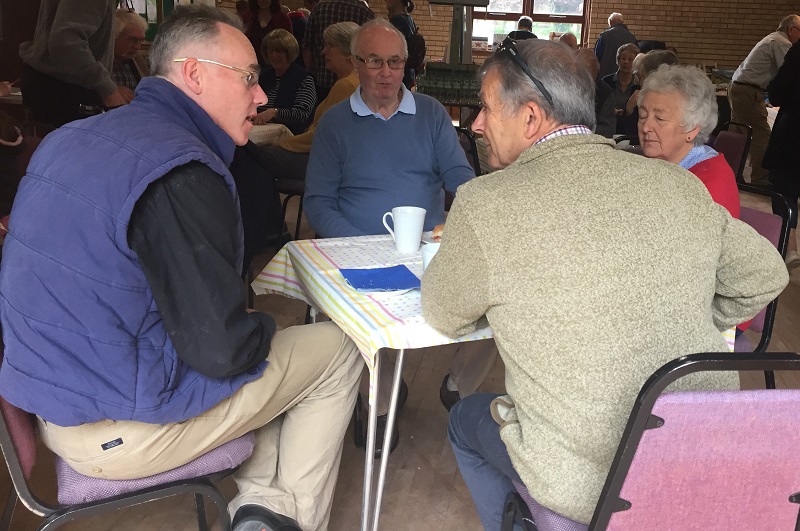 Mark Johnson having a chat

Though the coffee morning was a fundraiser for Hope Spring water, transforming part of Much Birch community hall to a cafe gave friends and neighbours the perfect opportunity to catch up. The spicy African plantain and other exotic snacks on the table. gave visitors a chance to test their fondness or lack of it for spicy African food.

And the kids have got talent

Coffee morning events are usually associated with middle aged people and seniors citizens. The Much Birch community coffee morning event welcomed a cross section of that demographic, as well as a strong contingent of younger people, including children, the youngest attendee was under one year old.

The adults were delighted with their coffee, tea and conversation. The children were occupied by matter of creativity, which included participating in a drawing contest. The well drawing competition saw entries from children aged between two and ten years old and the result showed a wide range of drawing styles. 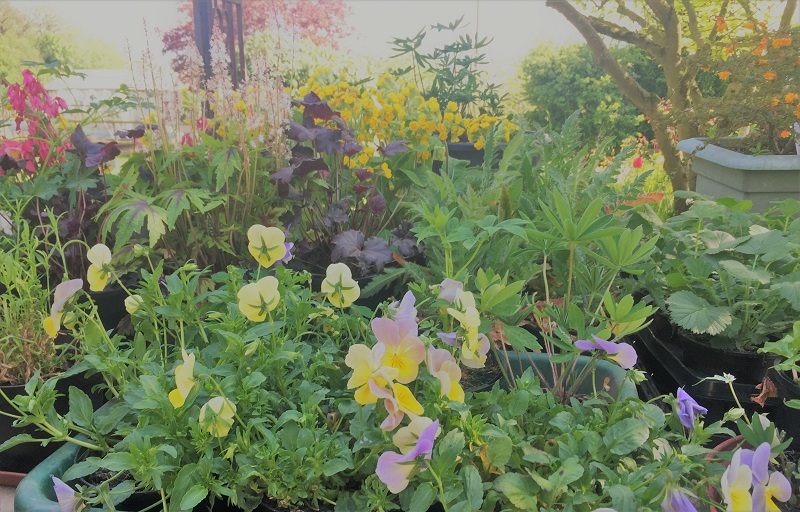 Plants and other items donated by local businesses

The coffee morning enjoyed tremendous support from local businesses. Allensmore Nurseries donated some of the plants on sale, at the event’s plant stall. The Castle Inn pub donated a meal for two to the raffle prizes. Pengethley farm shop donated a portable barbecue set, which also went into the raffle.

The total money raised for a clean water project was…. 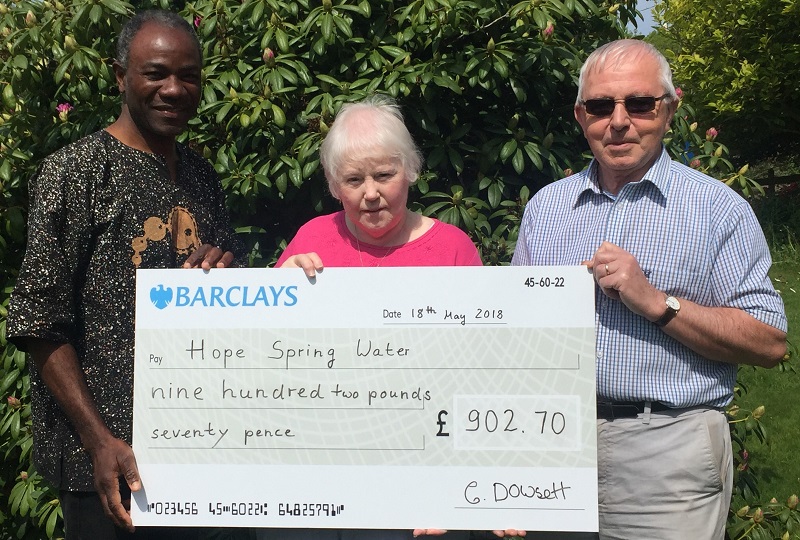 After the last cup of coffee was drunk, and the last slice of delicious Welsh cake, Bara Brith was eaten it was time to wash up and count the total donations received. Money from the plant stall, raffle tickets, the kitchen, the cake stall and direct donations into Hope Springs charity bucket. The total donations came to £655.
Thought the coffee morning finished at 1pm on Saturday the 12th of May, donations kept coming in for many days after the event. Supporters and neighbours who were not able to make it to the event sent donations to take the total money raised to £902.70. Would you like to fundraise for Hope Spring water? Find out more and get some fundraising ideas here.